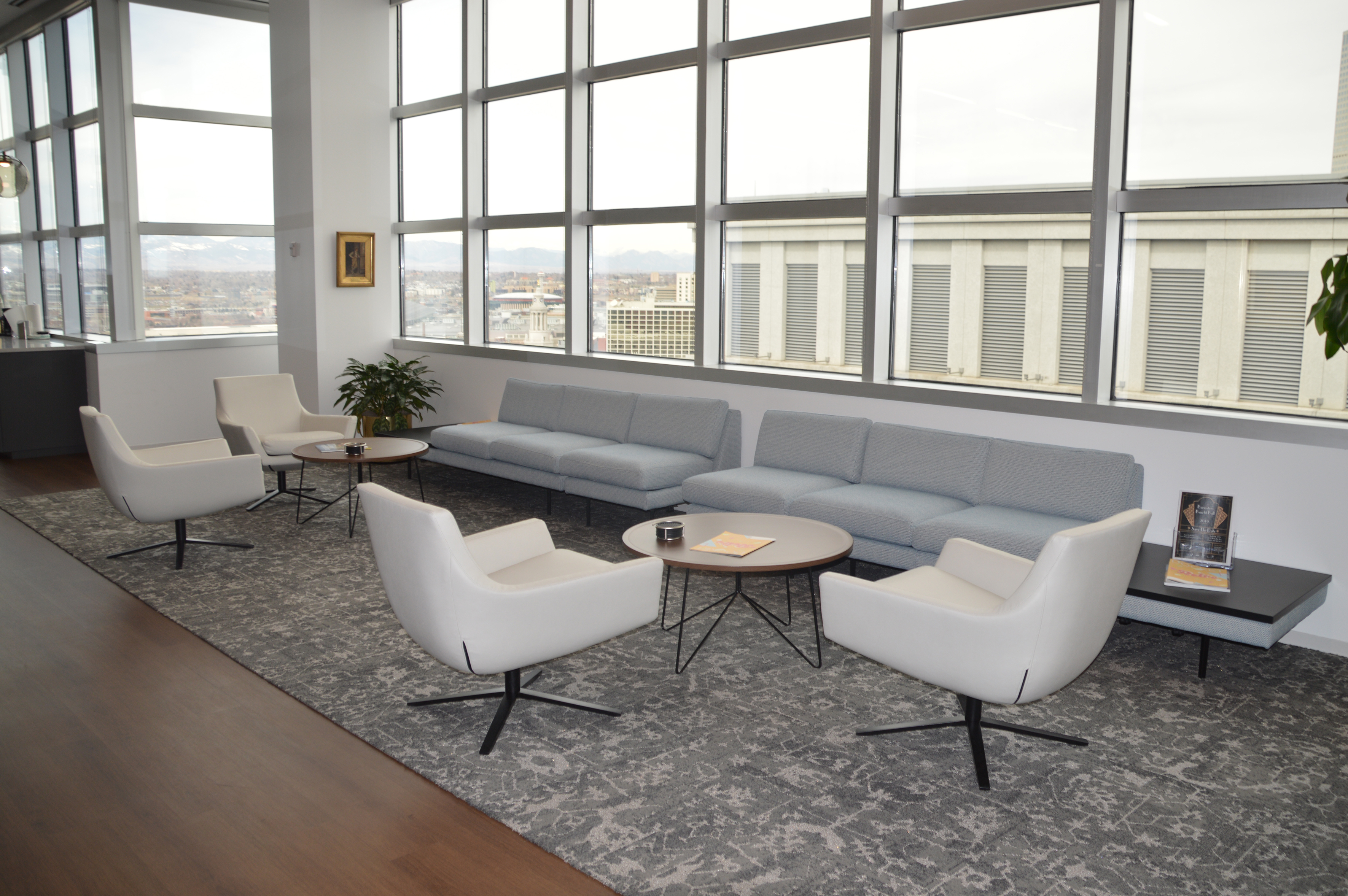 Before embarking on a move last year, The Colorado & Denver Bar Associations (C/DBA) office housed an eclectic mix of used furniture, including old desks built before the digital age and chairs that didn’t fit them well. After 30 years in the same space, the move presented the organization with a much-needed fresh start and an opportunity to reimagine their workplace.

Doing their due diligence, the Associations put out a request for proposals and received bids from area furniture dealers, both big and small. After meeting with four companies, the best fit was clear. “Contract Furnishings earned our business within the first 15 minutes of our meeting,” said C/DBA Executive Director Patrick Flaherty. “Unlike other dealers, they didn’t schmooze and try to upsell us. Instead, they listened closely and offered solutions.”

As nonprofit Associations, C/DBA needed to keep their member dollars in mind when choosing new office furniture, spending cautiously and responsibly. Contract Furnishings (CF) understood the need to protect the budget while still working to improve their employee workspace and productivity. “We had to fit right into the ‘Goldie Locks zone’,” said Flaherty. “by creating a professional and comfortable environment without being wasteful.”

A Workspace with Flexibility in Mind

The CF team also helped C/DBA create the flexible, adaptable space they needed. As a member organization that frequently hosts events, C/DBA needs to host hundreds of people comfortably. That meant finding chairs that could be easily stored. Despite being told by other companies that such chairs didn’t exist, C/DBA was thrilled when the Contract Furnishings design team found chairs that not only nested and stacked but were comfortable.

Another benefit of working with CF, Flaherty learned, is their emphasis on ergonomics. Originally an afterthought for C/DBA, ergonomics proved an important part of their new office environment. Experienced in ergonomic design, CF President Christopher K. M. Leach met with each employee to adjust their work stations. As a result, at least two employees who had complained of back pain no longer suffer.

CF took C/DBA from the pre-computer era to a modern, efficient workplace. “Our faith in them was well placed,” said Flaherty. “We got everything we wanted for less than we expected. We received above-and-beyond, dependable service that was cost-conscious and solution-oriented. I can’t sing their praises high enough.”

Sorry, the comment form is closed at this time.